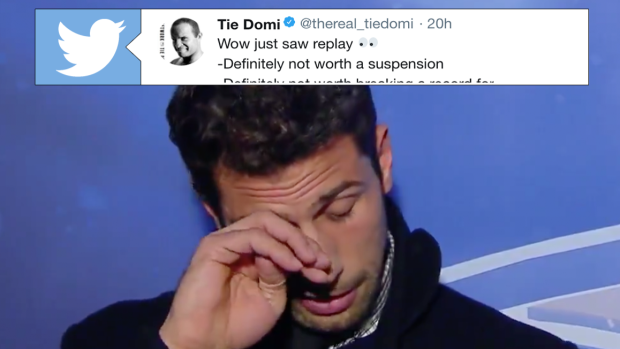 On Monday afternoon in Colorado, Andrew Cogliano's 830-ironman streak officially came to an end as he served the first game of his two-game suspension for interference.

Before the game against the Avalanche, Cogliano spoke to Kent French about the suspension and when he was asked about his streak ending, he teared up talking about it.

Cogliano: "You never want to injure anyone on the ice. I'm glad Kempe played the rest of the game. On my end, there was ZERO intent to hit anyone in the head or injure him."

Cogliano was all class in the interview and showed that great professionalism and respect for his opponent that has made him one of the most respected players in the league.

When previously asked about the streak on different occasions, Cogliano never really had much to say about it as he put the team first, but now that it's come to an end, you could see how much being an ironman and being there for his team each and every game meant to him.

After the interview was posted, a number of former players showed their support for Cogliano and questioned the suspension that ended the 4th-longest consecutive games played streak in NHL history.

It will be very strange to watch Ducks game without Gogliano in the lineup,tough way to end the longest,unbelievable 830 consecutive NHL games played streak , sucks... https://t.co/y7J0Unqjas

Cogliano will start a new streak when he returns to the lineup Friday against the Kings.