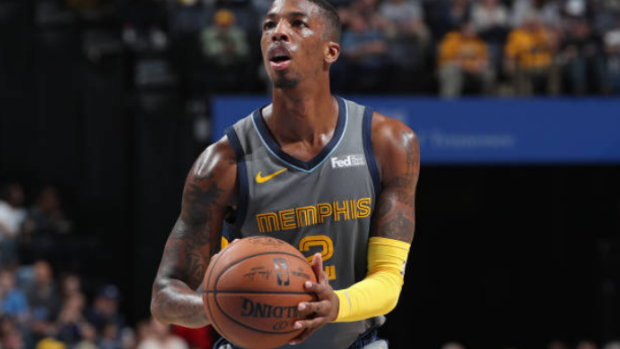 If the Toronto Raptors are to win their first NBA Championship in franchise history, the team will be dishing out the diamond bling to all players on the roster.

Maple Leaf Sports and Entertainment, the Raptors owners, will be responsible for handing out the rings the players will receive at a team function down the line.

The Raps' path to success has taken multiple individuals to come together on the same page, ranging from the players to the coaching staff, management, and training staff -- all of whom will be recognized for their contributions for taking them to the promise land.

Over the 2018/19 season, like many teams, the Raps made a number of moves to give them the best chance of making The Finals and capturing a title.

Along the way, five players were sacrificed -- or became the "sacrificial lamb" to varying degrees to quote one DeMar DeRozan.

Those players include Jonas Valanciunas, Delon Wright, C.J. Miles, Lorenzo Brown and Malachi Richardson, who should all receive rings for their contributions over the regular season, even though they're no longer with the club. Greg Monroe would also be technically eligible.

While there are no rules that regulate who receives them, any player who played on a winning team during the season is eligible, along with broadcasters and those closely associated to the team.

Could we see Super Fan Nav Bhatia receive a ring, then?

Guess we'll just have to find out if the team even wins first, and how they plan to recognize those who've helped the team reach the pinnacle of success.