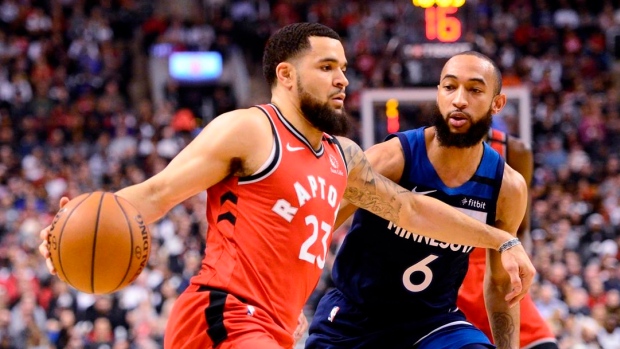 Amid the NBA’s preparations to resume the season, some players have expressed concern about returning to play while Black Lives Matter protests continue and potentially distracting from the movement’s momentum in the news cycle.

Some players have chosen to sit out specifically for that reason, and when asked about his decision to play, Fred VanVleet gave a very thoughtful answer on the issues at hand.

Ultimately, FVV believes that he's making the right decision by playing and putting the money he'll earn towards social change, but if a majority of players had decided to sit out, then he would’ve been right there with them. His quote is well worth reading in full.

Full VanVleet quote about playing given protests and issues. Answers don’t get much more honest than this. pic.twitter.com/y4aVcgEp3U

It’s hard to find issue with FVV’s response, especially since he notes that if a more substantial movement of players was organized to sit out,  then he would be a part of that movement as well. Players who have to make the choice about whether or not to return certainly have a lot to consider, especially when you factor in the coronavirus as well.

In order to make their impact felt on social change, however, the Raptors have formed an internal committee to address Black Lives Matter issues, and VanVleet has been especially vocal alongside Kyle Lowry.

The #Raptors have formed a committee to address #BlackLivesMatter issues.