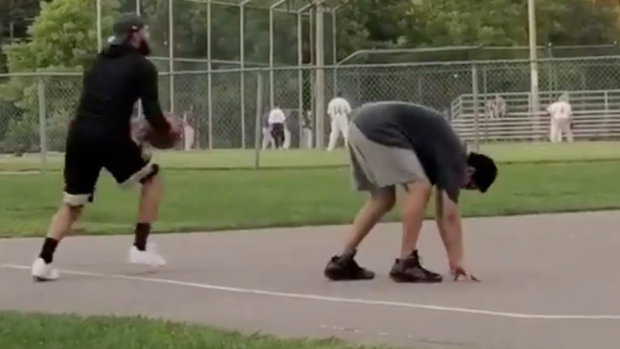 We love it when basketball players show up to a random court in their hometown or wherever they are and play with whoever is playing because the outcome is always a viral video of an NBA player making someone look foolish.

The latest player to do just that was Fred VanVleet of the Raptors as he showed up to a court in Toronto and made this guy look foolish with an array of moves and spectacular ball-handling.

When you get sauced by @fredvanvleet

This poor guy had no chance to begin with and VanVleet just toyed with him for a bit before finally breaking his ankles and drilling the shot.

For anyone playing basketball in Toronto this summer, this is your one and only warning, VanVleet is on the loose and he's taking ankles on courts across the city, so watch out.

Drove by had to get a few runs in pic.twitter.com/1QwAFvHHJI