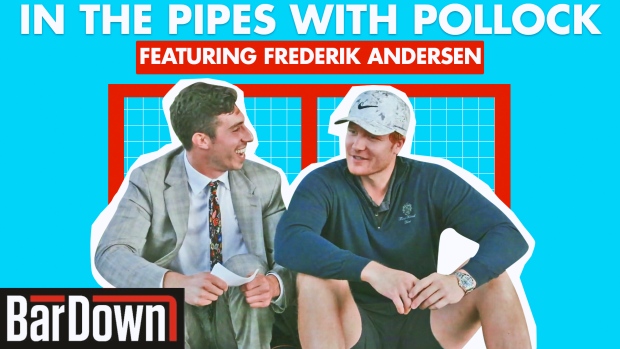 Everyone’s uttered it at least once in their life, and for good reason. Goalies are a different breed. You’d have to be to voluntarily step between the pipes and have frozen rubber discs slapped at you for 60 minutes.

Freddie joined BarDown’s Jesse Pollock to discuss some of the stereotypes surrounding netminders. They also touched on some of Andersen’s doppelgangers, although that wasn’t even intended. The highlight of the video is undoubtedly when BarDown cult favourite and Jesse’s former coach Jeff Beukeboom joins the video for a phone-in question.

The Leafs are hoping he’ll be feeling a LITTLE more comfortable in the pipes as they try to get their season back on track.