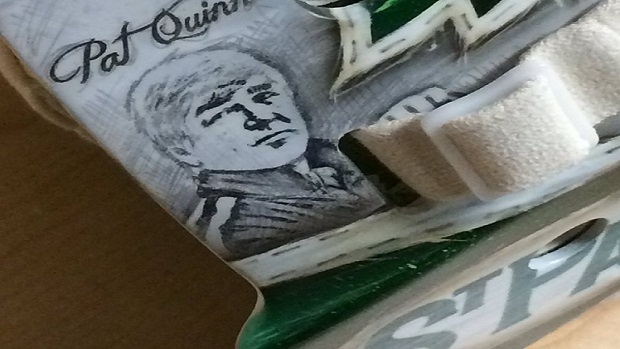 The Toronto Maple Leafs will host the Chicago Blackhawks on Saturday night and will be rocking some incredible St. Pats throwback jerseys for the tilt.

Since the team will be switching to green and white from the traditional blue and white, goalie Frederik Andersen decided to get a little something special made for Saturday night’s game.

The only thing that’s missing from this mask that would make it a typical Frederik Andersen mask is a LEGO character. Unless it’s hiding on the other side, it doesn’t look like this mask is going to include one. Either way, it’s another incredible mask to add to his collection.