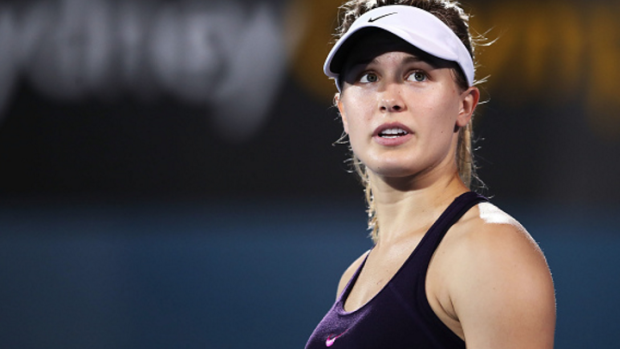 When the Falcons were up big before half, Canadian tennis star Eugenie Bouchard thought what a lot of fans were thinking at the time, game over.

I knew Atlanta would win btw

Clearly she wasn't surprised by how the first half unfolded, but there were a ton of Pats fans that are stunned to say the least.

That being said, they didn't give up hope, and one fan went so far as to tweet Bouchard and ask her if she would go on a date with him if the Pats completed the comeback and won the game.

@geniebouchard if patriots win we go on a date?

Bouchard, to his surprise probably, responded, giving said fan something else to be happy about if the Pats actually ended up winning.

Obviously Bouchard was confident at the time, but her confidence came back to haunt her as New England staged the greatest comeback in Super Bowl history, and now she has to deliver on her agreement to go on a date, which she acknowledged after the game.

Less than 24 hours after the Pats' Super Bowl win, Bouchard took to Twitter to confirm that she will in fact be staying true to her word, just in case anyone was doubting her.

Lol it made a Twitter moment. And I will do it, I stay true to my word 🙏🏼 pic.twitter.com/0rOUc0xJsC