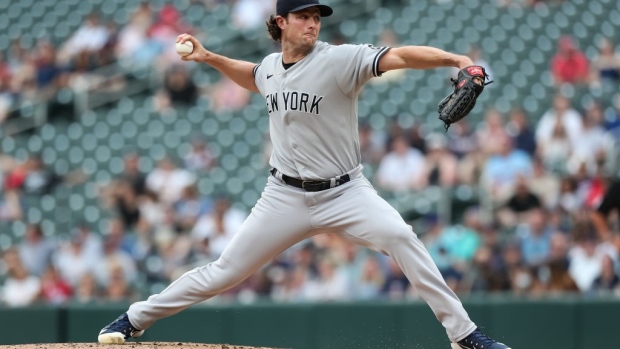 If you love drama, then do we ever have the story for you.

Sure we all know of the Houston Astros World Series Scandal from 2017, but as Major League Baseball has begun to really strike down on pitchers using illegal sticky substances on balls, the drama has continued to unravel as Josh Donaldson and Gerrit Cole have begun to go at each other.

Donaldson nodded to Cole’s decreased spin rate last week, questioning whether it was a fluke that his numbers went down following the suspension of four minor leaguers.

And trust us, eyes have definitely been on Cole recently.

So ahead of the Twins' second game in their visit to Yankee Stadium Wednesday, people were definitely thinking a good ol’ fashioned beaning was coming to the Bringer of Rain.

“You wanna talk? Try talking with a broken rib.” pic.twitter.com/XtemxirGAc

Though that isn’t what happened exactly. Cole decided to get his payback on Donaldson in a different way.

Cole opted for striking out Donaldson. Not once, but twice.

So of course, Yankee fans had fun and absolutely ran with it.