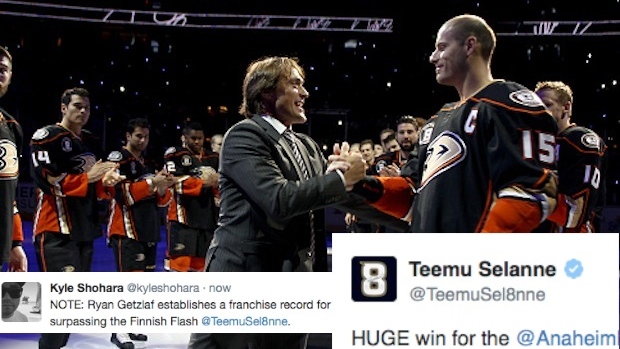 With a pair of goals in Wednesday night's 4-3 Anaheim Ducks overtime victory to tie the series with the Edmonton Oilers, captain Ryan Getzlaf is officially the franchise all-time leader in playoff goals.

And who did Getzlaf pass to become the all-time playoff goal scorer? You guessed it; "The Finnish Flash" himself, Teemu Selänne.

The legend took to Twitter after the Ducks big win over the Edmonton Oilers to congratulate the team, and more importantly "el capitano," for breaking his record.

It has to be pretty cool for Getzlaf to hear from old pal Selänne after a big night.