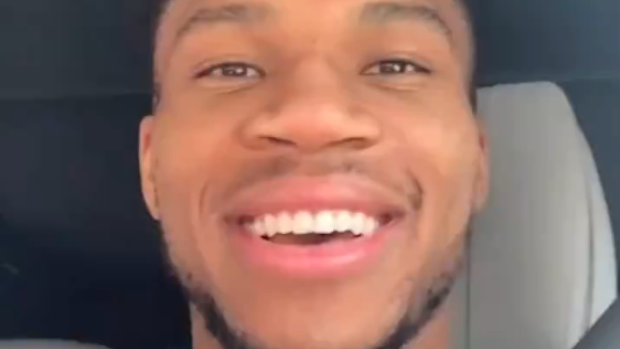 Giannis Antetokounmpo is an NBA Champion, and we hope you’re prepared for a summer full of dad jokes, live videos, and absolutely hilarious content from the Greek Freak.

Giannis has become known for his playful personality, and you’d be hard pressed to find someone more beloved in their market. Despite what many thought he would do, Giannis stuck with the Bucks and followed through on a promise that he would not leave Milwaukee until the championship was won.

He did just that, and he did by way of an incredible 50-point Game 6 to secure the title.

On Day 1 of Giannis’ summer as a champion, we already were treated to some awesome content. Giannis visited Chick-fil-A to order, yep, exactly 50 chicken nuggets.

Giannis took the trophies to Chick-fil-A and ordered 𝐞𝐱𝐚𝐜𝐭𝐥𝐲 50 nuggets.

From claiming that he stole the trophy, to his hilarious interactions with fans, to order *exactly* 50 nuggets, this video is a good indication that we can expect this offseason: Pure hilarity from the Greek Freak.