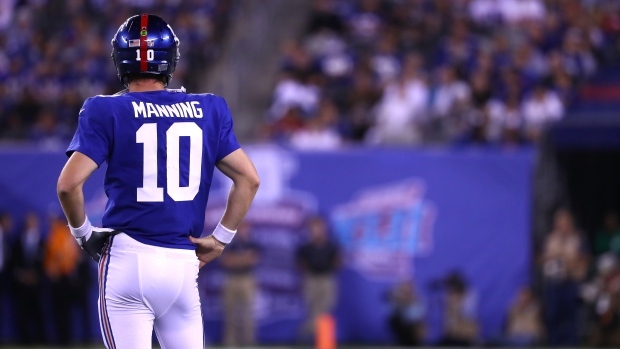 After taking a step forward and making the playoffs last season the Giants have taken about 4 steps back this year. They currently sit in last place in the NFC East with a record of 2-9, which is the second worst record in the conference and third worst in the league. While injuries to key players have been part of the problem for the Giants, poor play has also been a factor.

Monday, Giants head coach Ben McAdoo looked to rectify that issue by making a statement amongst his players, benching franchise legend Eli Manning ahead of this week's game. The fallout from McAdoo's actions has included pundits labeling the move a "disgrace," fans demanding that the Giants fire their head coach and Manning asking for his release. Giants fans chimed in with their opinion once again in a big way, paying for a sign on the side of the highway that reads: Big Blue Shame on You.

Saw this billboard on my way home from Newark airport this morning. I love New York fans. #FireMcAdoo pic.twitter.com/zHXwdmSHOK

Despite Eli Manning falling short of expectations in 2017, this is pretty much exactly the kind of reaction McAdoo should have expected for benching a two-time Super Bowl champ who is the face of the franchise.

This looks to be the end of Manning's time in NY, but if Giants fans have their way, it could be the end to McAdoo's, too.