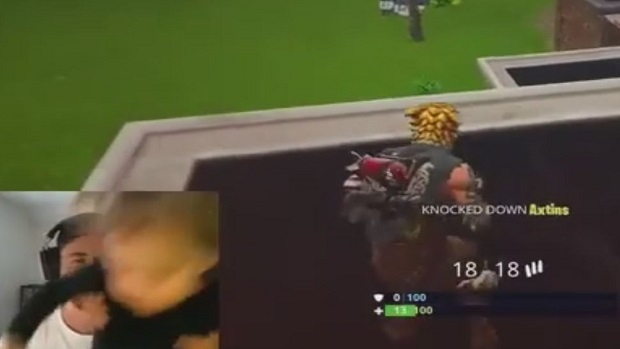 Boston Celtics forward Gordon Hayward is one of the biggest gamers in the NBA and the sports community as a whole. The 27-year-old has been involved with the IGN Pro League over the years and even scored an endorsement deal with eSports brand HyperX in 2016.

Since Hayward is still working his way back from a fractured tibia and a dislocated ankle in his left leg, he’s had a lot more time for gaming this year, more than he’s ever had before, and he’s been putting in the work in Fortnite as of late. During a recent stream, Hayward was in the middle of a battle and that’s when he got an unexpected visit from his daughter.

@GordonHayward was streaming @Fortnite and a surprise visit from his daughter almost got him eliminated. 😂 (Courtesy: hyperX/Twitch, gdhayward/Twitch)

After Hayward’s wife, Robyn, asked him how much longer he was going to be playing for because dinner was ready, an answer he did not know, she decided to put their daughter on his lap in the middle of the stream and it nearly cost him his gaming life.

Charlie was too happy sitting there 😳 @gordonhayward