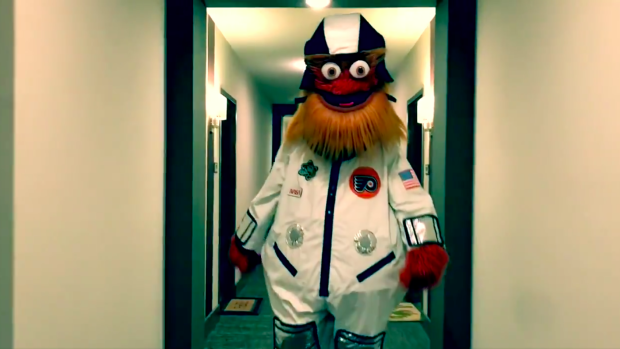 On Saturday, NASA and SpaceX celebrated a successful rocket launch carrying two astronauts on board... and Gritty decided to celebrate by pulling off his own launch.

That’s one small step for man, and one giant leap for Grittykind.

I just need some space. pic.twitter.com/XdzaC8aIrx

We haven’t heard from too many sports mascots throughout the ongoing hiatus, but Gritty has been consistently pumping out the videos like no other mascot could. Of course.

Forget ‘hockey at home.’ Gritty at home is its own phenomenon! He’s doing quarantine as well as anybody else is.