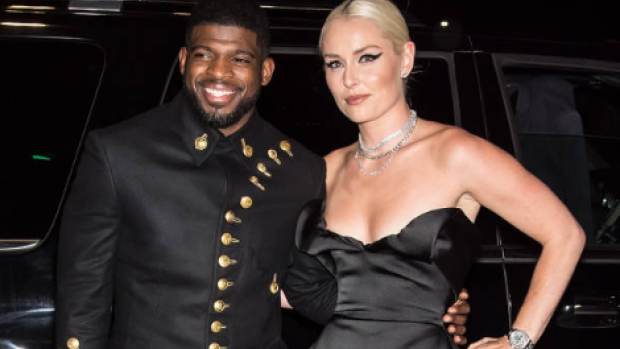 There might not be a stronger power couple in sports right now that P.K. Subban and Lindsey Vonn.

The New Jersey Devils defenceman and Olympic gold medalist skier got engaged back on August 14th in Los Angeles after meeting in 2017 at the Nickelodeon Kids’ Choice Sports Awards.

With the Devils in Philadelphia on Wednesday night, Gritty decided to poke a little fun at Subban with a sign about his fiancé.

In terms of accolades from winter sports, Subban doesn't come close to touching Vonn's three Olympic medals, including a gold at the 2010 Winter Games in Vancouver along with 82 World Cup gold medals over her 19-year career skiing career. Vonn retired following the 2019 World Championships in Sweden where she took home her final medal, a bronze, in the women's downhill.

Perhaps the stunt on Gritty's end was a little payback after Subban called him out last week on Twitter.

With Subban now in the Metro Division, we've only seen the start of what'll surely be an entertaining rivalry between the two, much like the Devils and Flyers.