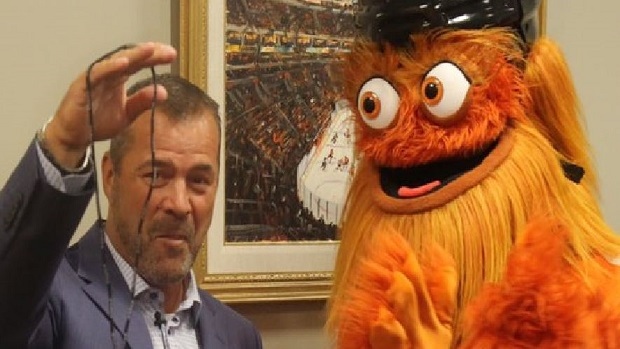 The Philadelphia Flyers named Alain Vigneault the 21st head coach earlier this week and on Thursday afternoon the 57-year-old was introduced to the Philadelphia media for the first time since the announcement.

Since it was Vigneault’s first trip to Philadelphia as the Flyers’ head coach, he also go to meet Gritty for the first time and it went down in true Gritty fashion.

Will you accept this whistle?

After talking to the media and answering their questions, Vigneault was brought into another room where he was greeted by a proposal from the beloved mascot.

It's a good thing the new head coach said yes, or it would make for a very awkward few years.