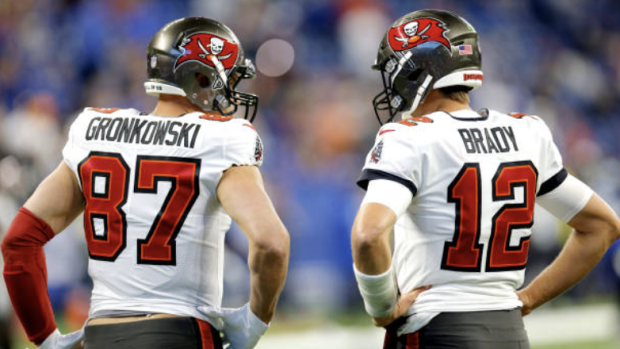 The Tampa Bay Buccaneers’s 41-17 win over the Carolina Panthers on Sunday was a pretty valuable one to say the least.

The Bucs locked up the no. 2 seed in the NFC Playoffs, they set a new franchise record with their 13th win of the season and their star tight end got paid big!

If Rob Gronkowsi got seven catches and 85 yards, he was entitled to $1 million! He can thank Tom Brady for being that much richer at the end of the night. Tom literally refused to leave the field until Gronk got his last catch.

Tom Brady didn't want to get out of the game until he got Rob Gronkowski one more reception for a $500K incentive. pic.twitter.com/B3HdJnf0E8

Following the game, Gronk joked that he’s taking everyone out to dinner with his new bonus except the QB.

Their friendship is unmatched!