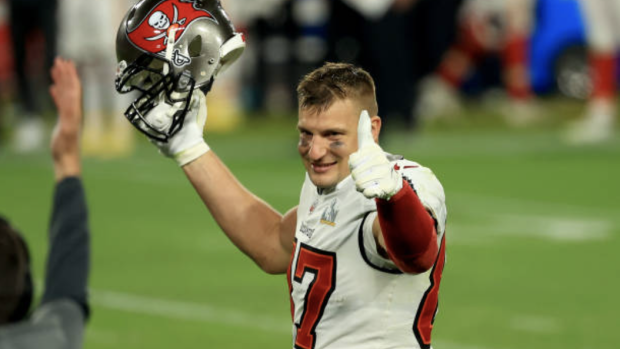 Film study is one of the most crucial ways to succeed in football.

So you might be surprised to hear that one of the NFL’s biggest stars doesn’t use it during the season.

During an interview with ESPN, Rob Gronkowski revealed that he doesn’t use take part in the popular practice and his reasoning is pretty funny. The Bucs tight end explained on Monday Night Football with Peyton & Eli that he just casually runs by people instead.

Must be nice, Gronk!

There you have it!

The key to success.