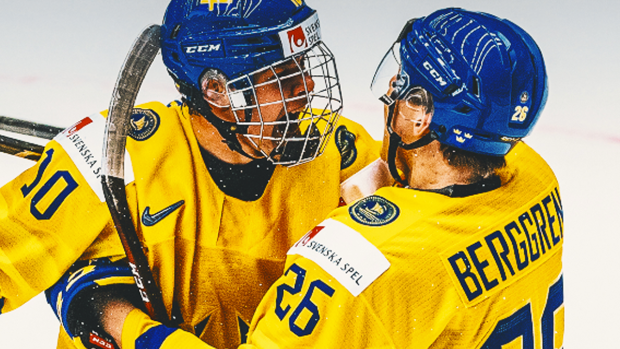 When it comes to the World Junior Championship of Hockey, it’s clear that there is more and more parity in international hockey than ever before. It’s no longer just the Canadians and Russians, with some American and Czech success. It’s starting to feel like it’s anyone’s tournament.

What’s the opposite of parity, though? Because when it comes to the group stage of the tournament, there is one clear juggernaut.

Sweden hasn't lost in the group stage since December 31, 2006. They've only won one gold medal in that span. WHAT IS GOING ON?

Sweden defeated Switzerland on Saturday extending their win streak to a ridiculous 50 games. Sure, you can argue that the group stage involves teams that are clearly not on the same tier as Sweden, but 50 victories in a row?!

Almost even more incredibly, they’ve only managed to squeak out ONE gold medal over that span. What kind of sorcery?!

They last time Sweden lost in the group stage was in the 2007 tournament, with the actual loses coming on December 26th against Canada and December 31st, an overtime loss to the Americans.