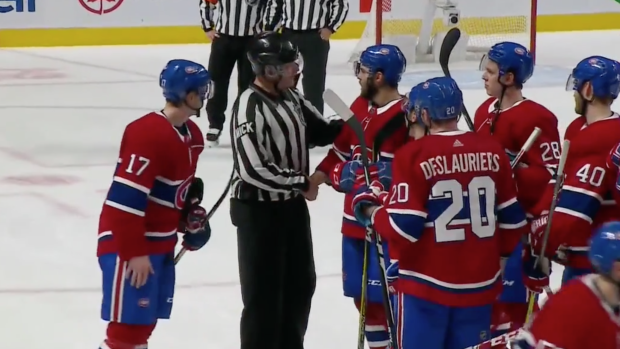 NHL players have a ton of respect for the officials that call their games and although players and referees get heated with one another from time-to-time, that doesn't mean the respect isn't there.

Thursday night in Montreal, for example, after the Habs defeated the Jets 5-2, the players made a point to give their best wishes to retiring referee Brad Watson and linesman Tim Nowak.

What a special moment for Brad and Tim.  It's incredible difficult to be a referee or a linesman at the professional level and to know that the players have the utmost respect for you as you do them must be an incredibly comforting feeling.

We wish Watson and Nowak nothing but the best in the future!