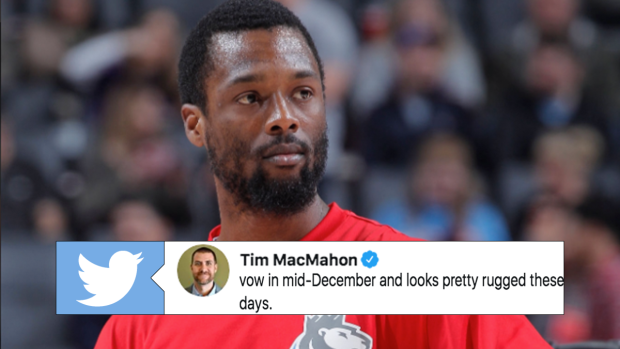 The NBA's Western Conference has been tough for a while, but this year may be the toughest yet. Sure, the Golden State Warriors aren't dominating everyone, but the power is so well spread across the conference it's looking more and more like the playoffs will be a gong show.

It makes the perspective of non-Super teams even more bleak. Squads like the Suns, the Timberwolves, and the Kings are basically just waiting for next season to come, but don't tell Harrison Barnes that.

Harrison Barnes isn’t cutting his hair or shaving until the Kings hit .500 or the season ends. He made the vow in mid-December and looks pretty rugged these days.

Maybe it's a good thing that he decided to cap the time limit at the end of season, because there's a very strong chance the Kings don't reach .500 this season. They are currently 21-33, so unless they go on some sort of ridiculous run they may have a hairy player on their squad.

He's finally earning the name Hairy Barnes these days, if you ask me.