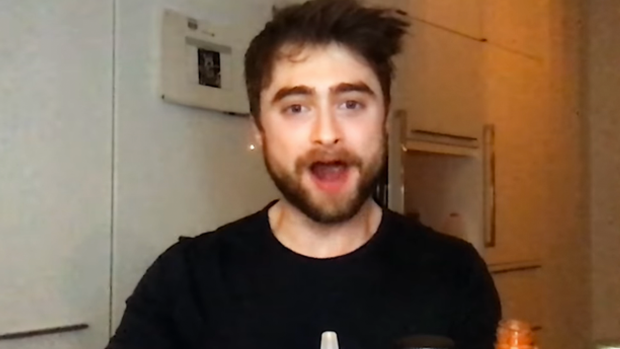 Hockey is a sport that is absolutely huge up here north of the 49th parallel, and it’s big in other countries as well. The U.S.A. has a loyal hockey following, northern European countries like Sweden, Finland, and the Czech Republic also love puck. And don’t forget about Russia.

England? Maybe not so much.

There is a hockey following in England, it’s just a little smaller than the aforementioned countries. Saying that, it’s not completely ignored by the British. Likely the highest profile British hockey fan is Daniel Radcliffe, who famously starred in the Harry Potter series.

While on Hot Ones as a guest, he told First We Feast host Sean Evans that he got into the NFL through fantasy football. As a result, he ended up becoming a fan of the New York Giants, and then he quickly tossed in another little factoid. Based on his girlfriend’s hockey fandom, he became a fan of the Detroit Red Wings through her.

Talking Wings while eating Wings, that’s our kind of moment!

In case you cared about all the other moments in the episode, including his bit on fantasy football, here you go!