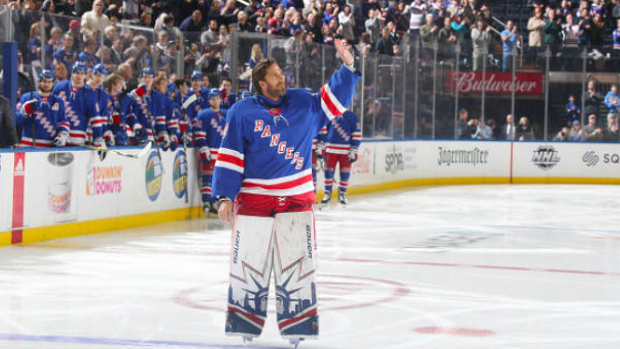 Over the past two weeks, multiple professional athletes and teams have stepped up in numerous ways to help those affected by the coronavirus pandemic. From donating money to families in need to delivering food to healthcare workers, we’ve seen them step up in all sorts of ways and now we can add another name to the list.

On Wednesday night, New York Rangers goalie Henrik Lundqvist announced on social media that he and his wife will be making a $100,000 donation to the Food Bank for New York City.

So many people are doing so many good things for others right now. Me and my wife Therese feel inspired. We have decided to donate $100.000 through our Foundation HLF to support @FoodBank4NYC (1/3) pic.twitter.com/s49VS5RfWo

Lundqvist’s donation is going to make up at least 68,000 meals that will be distributed to at least 8,000 families across New York City, and they’re encouraging others to help out if they can.

.. @FoodBank4NYC always do a great job but now more than ever they need that extra support while they feed New Yorkers in need. 68.000 meals to 8000 kids and their families is a good start.
(2/3)

If you want to help, check out @HlundqvistFDN or go to https://t.co/CeQF9Unvsj for more info.
Together we are strong! 🙏🏻
(3/3)

The donation is going to go a long way and his tweet alone will probably end up getting enough donations to put out another few thousand meals.