Henrik Zetterberg and Mike Babcock will forever be cemented in Detroit Red Wings history as heroes after winning a Stanley Cup together in 2008, but their relationship wasn’t always so simple.

Now retired, Zetterberg reflected on his career with the Detroit News and shared a couple of details of their relationships that not all hockey fans may have been aware of. The former captain admitted there were times when the two “weren’t that friendly” and described him as “difficult”.

The following is an excerpt from The Detroit News:

“Maybe people think that we hated each other, sometimes,” Zetterberg said. “I won’t say we did that. But, there were times when we weren’t that friendly, maybe."

“He is difficult. And, especially if you had him for 10 years, you know? Any coach for 10 years would be hard,” Zetterberg said. “But then you add Mike into it. He puts a lot of pressure on guys. He wants you involved. He wants you to buy in.”

In an interview with @greggkrupa, Henrik Zetterberg gives new details about the injury that ended his career, life under the maniacal Mike Babcock, and more --https://t.co/zmaDEqewdR pic.twitter.com/LxTh4M7qXn

While they may not have seen eye-to-eye on everything, Zetterberg acknowledged that he and his former head coach were always honest with one another and that Babcock’s leadership approach worked positively on him.

The following is an excerpt from The Detroit News:

“He found a way to push me into an 'I’m going to show you’ kind of thing. Not everyone, I think, can handle it,” Zetterberg said.

“My relationship with him has always been good. We butted heads a lot of times. I think he knew he could tell me whatever he wanted. And, I knew I could tell him whatever I wanted.” 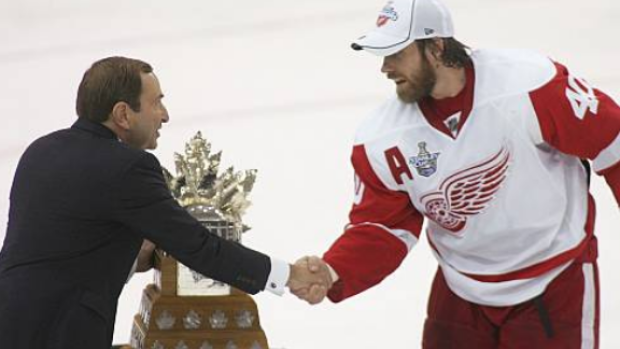 The Swede is certainly right when stating that not everyone in Detroit could handle Babs’ style of coaching. You can definitely say that his former teammate Mike Commodore wasn’t exactly fond of him during his time with the Red Wings…

John Tavares had Toronto high on his list of destinations...until he was forced to sit in the same room as Mike Babcock for 15 minutes today....Toronto is now officially out. #Insiderrr

Regardless of their relationship, the two accomplished more than most during their time together in Detroit.