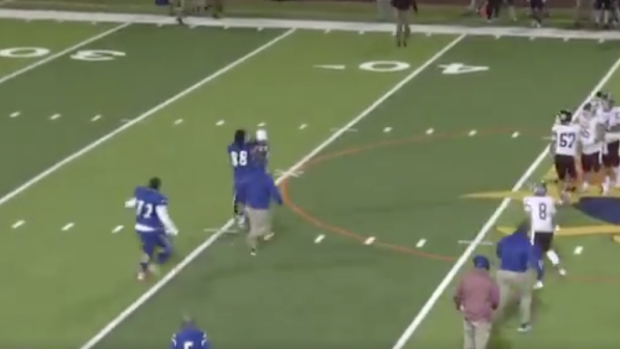 It’s no kidding that sports can get even the best of people riled up, especially if you’re competing in a sport yourself.

Sometimes there’s a call or a play that just goes your opponent's way. You’re absolutely livid and fired up. At most you’ll have a few words with the referee about it...right?

Well, for most of us that would be the case but for this high school football player, he took things a little too far. Way too far.

In a Thursday night matchup between the Edinburg Bobcats and the PSJA Bears down in Texas, senior defensive end Emmanuel Duron was ejected following roughing a passer and unsportsmanlike conduct.

It’s pretty clear Duron was not happy with this call at all, as he can be seen (number 88) running up to the referee and body-slamming him to the ground.

Duron is also a wrestler. To be more specific, he even won Wrestler of the Year within his area.

Following the assault, the football player was escorted out of the stadium by local police.

Huge yikes. We just hope the referee involved is okay and that we can all learn a lesson from this. It’s only sports folks.