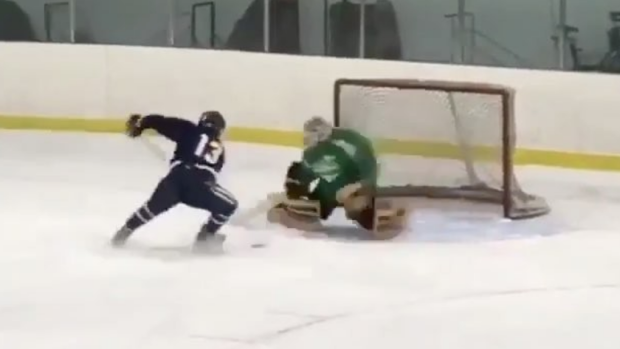 Some fans may view the shootout as a gimmick, but it's allowed hockey players at all levels to show off their creativity and amaze us with it.

This goal we want to showcase didn't come from the shootout, but it did come on a penalty shot from a high school hockey player in Minnesota.

The season for the Bemidji Lumberjacks hasn't started yet, but they had a scrimmage and one of their players, Hunter Olson, decided to bust out the big moves for this penalty shot.

That change of direction left the goalie looking lost 😳 . (Video via BemidjiHockey/Twitter)

As Vince McMahon would say, this goalie had "No chance."

The initial move was impressive, but the chance of direction was what left the goalie lost and Hunter going viral.