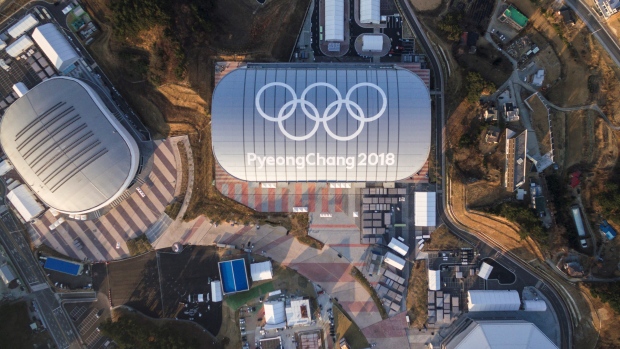 North Korea has been in the news a lot lately, but the topic is rarely a positive one. In recent weeks, sports have seemed to help open a line of communication for the countries’ early-stage peace talks.

Part of the reason that this started is the upcoming Olympic Games in Pyeongchang.

North Korea and South Korea have marched together at Olympic opening ceremonies in the past, but it has been reported that South Korea has proposed something that will make Olympic history. Never before have the North and South competed under one flag at the Olympics (Since their division in 1945), but South Korea is prepared to make that happen for the Women’s Ice Hockey team.

North and South Korea reportedly in talks about entering a joint women’s hockey team at next month’s Winter Olympics.https://t.co/eTcadUiQWI

As Rick Westhead pointed out, this would put Nike on a somewhat small timeline as they would have to come up with a new design for the team’s jersey.

They had a pretty quick turnaround on the Olympic Athletes from Russia jersey, so we’re sure they’ll figure it out if an agreement is made.

If N & S Korea do enter a joint women’s Olympic hockey team, Nike would have < 4 weeks to redesign & produce new jerseys. (And navigate any issues related to U.S. sanctions of N Korea.) pic.twitter.com/rwotHWkiRC