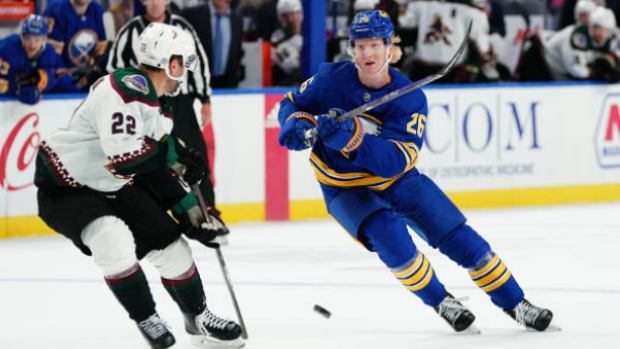 One hockey fan took to Reddit on Sunday to explain how hockey being back could indirectly be credited with saving a wedding on Saturday. Reddit user u/riccarjo typed out the story to r/hockey in which a friend’s wedding – one which his girlfriend was the maid of honour – was indirectly conducted without a problem due to his own hockey fandom.

WARNING: We’ve copied the text as is, including the NSFW language.

Yesterday, my girlfriend and I traveled out of state for a friend's wedding. She was the maid of honor and so she was gone for most of the day, leaving me to my own devices.

That of course meant watching hockey and laying in bed at the hotel.

At this point it's about an hour before the shuttle arrives to the hotel, and it was intermission during the Sabres/Yotes game. I had time to kill before getting ready but figured I might as well get changed during intermission and could then watch the rest of the game uninterrupted while waiting for the shuttle.

I got ready and started watching the next period only to get a frantic call from my girlfriend. Apparently the grooms mother left her dress at the hotel. The ceremony is about an hour away, and was starting in less than 90 minutes at this point. Since I was already dressed I was able to find the dress and take a cab to the ceremony and was there with plenty of time to spare (my Uber drive also brought up '"Mr. Hughes'" overtime goal the night before which was amazing considering this was in the rural south)

The whole time they were so amazed I was ready so early...except the only reason I was dressed was so I could watch more hockey.

I have no idea how it would have panned out if that was the case.

So thank you, hockey.

We have to say, we applaud the idea of getting dressed between intermissions. We can surely all relate to the feeling of holding off a shower, food preparation, or a phone call until the clock hits triple zeros and we’ve got 15 minutes to do so without missing any action.

This time, that also meant saving the biggest day of a bride and groom’s life!