It's July. We still don't have an NHL champion. And a lot of us still can't hit the ice for our beer league games.

All of us players were lucky enough to at least been able to step on an outdoor rink this winter, but that doesn't mean we haven't had a craving to get right back on it. Just think about how nice it would be to get on the ice with your buds, throw those sticks in the middle, make teams and have a good ole' game of shinny. Well, no one is really doing that at the moment, but players have been trying to fill the void by sharing their ODR pics on Reddit.

And let us tell ya'.... they're nothing short of beautiful.

Let's kick things off in Canada. A player shared a photo of himself playing in what he described as Edmonton.... 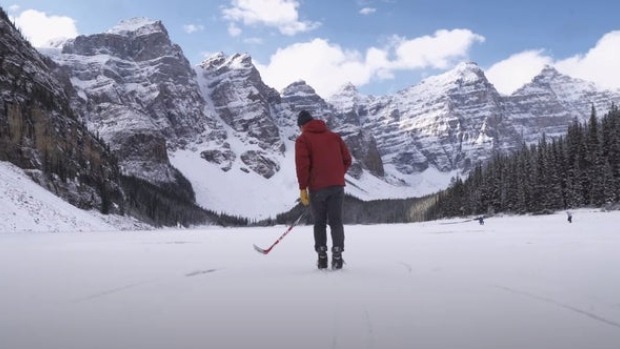 Although it does look an awful lot like Lake Louise...

There is NOTHING like ##hockey in the mountains. Who else is missing the ODR right now?! 👋🏔🏒 ##sports ##nature ##foryou

Sticking in Canada, our next set of players shared a photo of themselves playing in Windy Arm, Northwest Territories. We can only imagine how cold the fellas must have been in this photo, but just look at that picture... would be worth skating through any climate conditions for.

And finally, our last rink comes all the way from the Himalayas. Not the first place you think about when you hear the word hockey, but wow it looks dreamy.

Anyways, we didn't mean to increase your craving for hockey any more (if that was even possible), but we couldn't help ourselves from sharing these beauties with you.