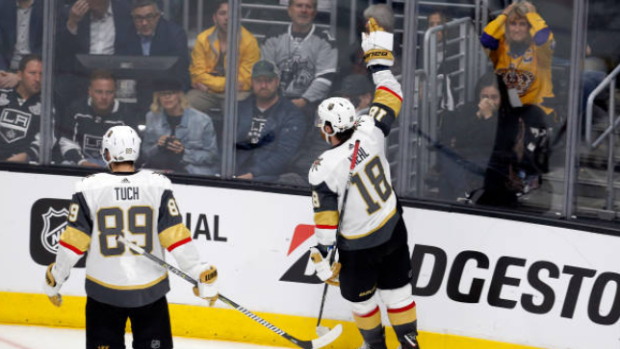 The Vegas Golden Knights improbable season continues to fascinate the hockey world, and on Tuesday night, they can add to their Hollywood story eliminating the Los Angeles Kings from the post-season in Hollywood.

They just keep setting records! Will the @GoldenKnights complete the sweep?

Vegas can become the first team to punch their ticket to the second round of the Stanley Cup if they manage to sweep the Kings.

Fans are now quote-tweeting or linking the old tweet and pointing out that the wannabe screenshot tweet did not age well whatsoever.

Wow. This tweet DID NOT AGE WELL AT ALL. Awkward. https://t.co/ncbQrQfm4T

Yikes. So, if the Kings do get swept, or fall to the Golden Knights in first round, just remember that the Kings are the wannabes of wishing they were still in the playoffs.