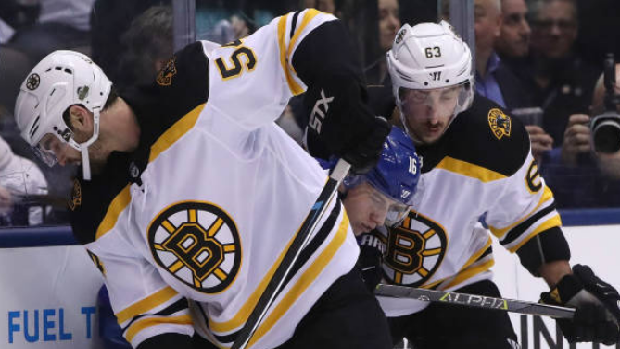 Brad Marchand doesn’t appear to have many friends on the ice.

The 29-year-old has developed into arguably the league’s most disliked player over the years, earning numerous suspensions while running his mouth on the ice. Though he often gets caught, Marchand has managed to get away with a series of plays that have left some opposing players scratching their head. Enter Mitch Marner, who’s fighting for his playoff life with his Toronto Maple Leaf teammates against the Marchand-led Bruins. When asked if he’s surprised Marchand gets away with his antics on the ice, the sophomore insisted “he’s very good at being sneaky,” and that “the refs also respect him.”

Marner says 'sneaky' Marchand has respect of the refs

Marner and Marchand have had a series of awkward encounters throughout the series. In Game 4, the latter shoved the former's head into the ice and appeared to actually punch him in the back of the head in Game 5. 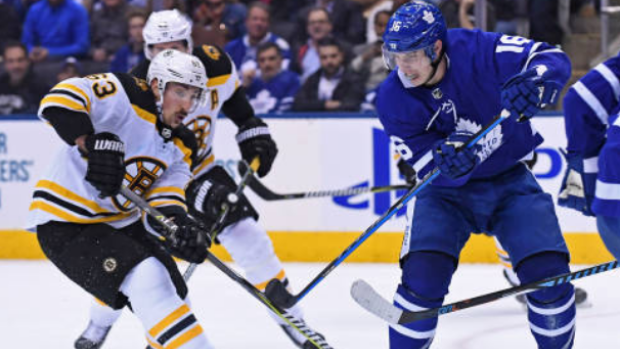 Through it all, Marchand has still managed to light up the scoresheet. With 7 points in 5 games, he sits third on the Bruins and tied for ninth in NHL playoff scoring. Despite their encounters, it appears Marner still has some respect for his opponent’s game.