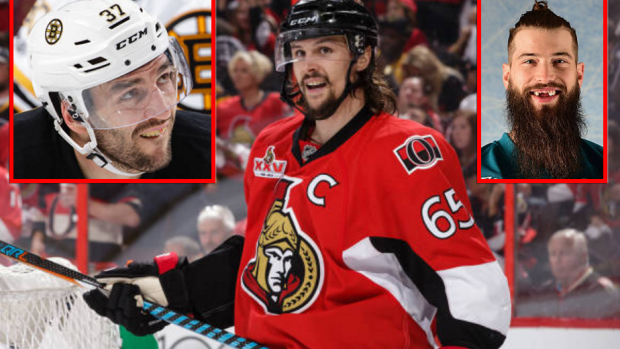 Wednesday night, not only will the Vegas Golden Knights reveal their expansion draft picks, but the best players in the NHL will be honoured with some hardware.

THE FUTURE IS NOW: #ConnorMcDavid finishes the NHL regular season as the league leader in points with 100.

While fans already know who will win the Art Ross Trophy, for example, there are many awards that are still undecided, and Tuesday Bodog released odds for each award a winner has yet to be determined for.

For the most part the odds aren't surprising, but there are two players fans might be shocked to learn are favourites for the Norris and Selke.

What's more shocking, the fact that Brent Burns is the slight favourite to win the Norris ahead of Erik Karlsson or that Ryan Kesler has the best odds to take home the Selke?

We think both answers are the correct answers to the that question and hockey fans would probably agree.

i just bet on him and bergeron

If you have some extra money to spare, maybe putting it on Karlsson and Bergeron would be the way to go.

Plus, you can't go wrong with Auston Matthews for the Calder, either.