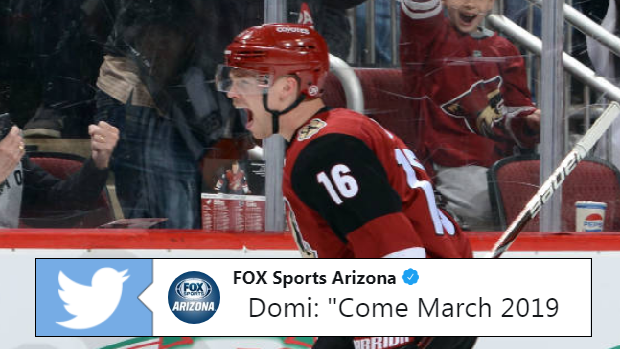 The Arizona Coyotes have found themselves in yet another subpar season.

After failing to miss the playoffs in each of the previous five years, the team sits tied with the Vancouver Canucks for second last place in the NHL with 59 points. But despite their position, Arizona has more recently managed to hold their own. The Yotes have captured six wins in their last ten, a relatively strong stretch when you consider they lost their first 11 games.

The recent turnaround has gotten forward Max Domi already feeling hopeful for next season. Following last night’s 5-2 home win over the Flames, Domi claimed Arizona would be fighting for a playoff spot come March next season.

Domi: "Come March 2019 we'll be in their shoes, fighting for a playoff spot. ... Got to find a way to prepare for that." pic.twitter.com/lw92vMDr8M

Arizona hasn’t been to the postseason since 2012 when they made a trip to the Western Conference Final for the first time in franchise history. They ultimately dropped the series 4-1 to the eventual Stanley Cup champion Los Angeles Kings. 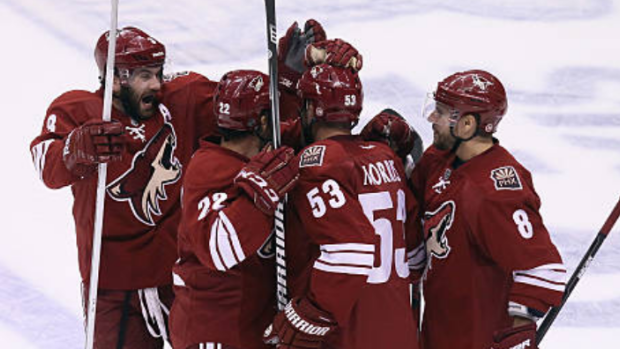 Some hockey fans might be rolling their eyes right now but there’s reason to be hopeful if you’re a fan of the team. Having another season under their belt should only help Domi, rookie Clayton Keller and youngster Christian Dvorak heading into to the 2018-19 campaign, plus it doesn’t hurt that they’re in the running to land projected first overall pick Rasmus Dahlin.

Spotted in Vancouver on Saturday night. #Canucks . (📸Via: Reddit/Hockey)

Think they’ve got a shot?