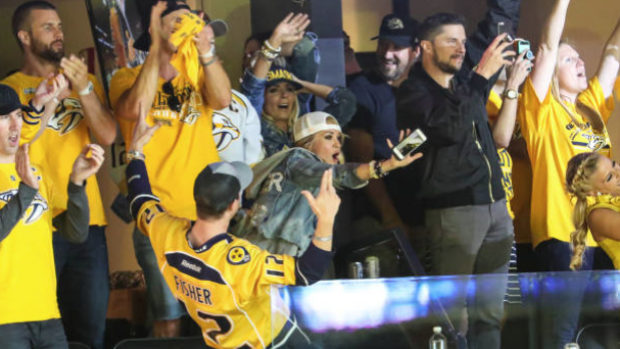 Playoff hockey is full of traditions.
The Detroit Red Wings have become notorious for throwing octopus on the ice, the Panthers made throwing rubber rats a thing during their 1996 run to the Stanley Cup, and the Winnipeg Jets more recently brought back one of hockey’s greatest postseason rituals by having the entire city dress head-to-toe in bright clothing for the Whiteout. As hockey fans know, the Nashville Predators have a unique tradition of their own that entails fans throwing dead catfish onto the ice. The franchise fully plans on bringing back the tradition for the 2018 playoffs and decided to take it to new heights by adding a catfish aquarium in Bridgestone Arena. 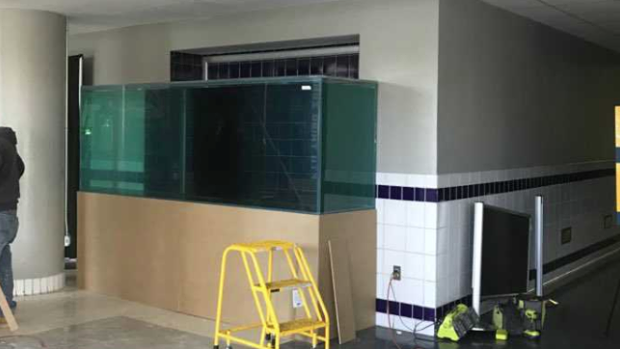 r/Hockey
Fans became catfish crazy last season and celebrities got in on the action as well. The Tennessee Titans offensive line led the charge in the Stanley Cup Final, holding the fish in the air and literally feeding it beer.

The Titans O-Line on their worst behavior and Marcus loves every second of it pic.twitter.com/EapL1N5Huu

The wife of Former Preds captain and American Idol winner Carrie Underwood even tried to get in on the action and offered $70,000 to do so. She didn't get her chance, but Fisher's recent return from retirement presents her with an opportunity in the coming weeks. 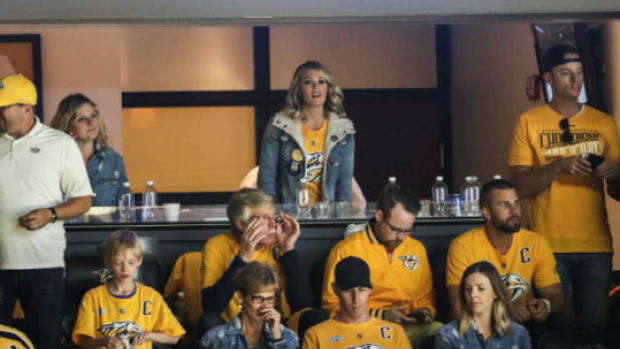 Terry Wyatt/Getty Images
The Preds more recently used a Catfish in a context completely unrelated to the playoffs. After Nashville forward Viktor Arvidsson was called for a questionable goaltender interference that eventually lost them a game, Predators fans sent a dead catfish to the NHL's office in Toronto with a very clear message on the inside of the lid.
As playoff hockey commences in Smashville, you can likely expect to see a whole bunch of catfish get tossed onto the ice. At least the ones in the tank should be safe for the near future.
(H/T r/Hockey)