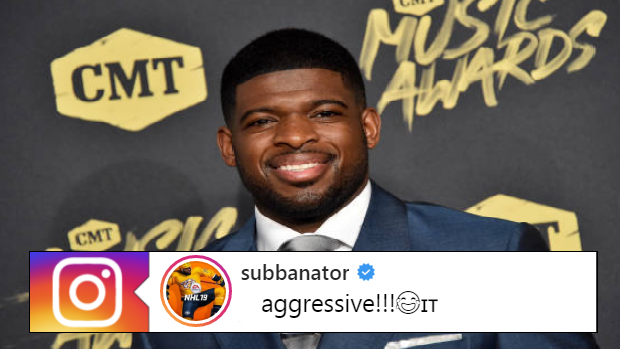 P.K. Subban is having himself quite the summer so far.

The 29-year-old was recently announced as the cover athlete for EA Sports’s NHL 19 and now appears to be soaking up some sun on the other side of the world in Italy. The always animated Subban wasted no time providing his followers on Instagram with some quality entertainment and proceeded to post a video of himself with a Sardinia lobster crawling on his head.

Can you think of any other NHLer who would do such a thing?

Subban’s been posting all sorts of footage from his trip. He even went as far as whipping out a slow motion backpack kid dance. How does this guy even think of this stuff?

And of course, he made sure to give a shout out on Canada Day from the other side.

If you don’t already follow P.K. on Subban, you probably should, because the guy is pure entertainment away from the ice.