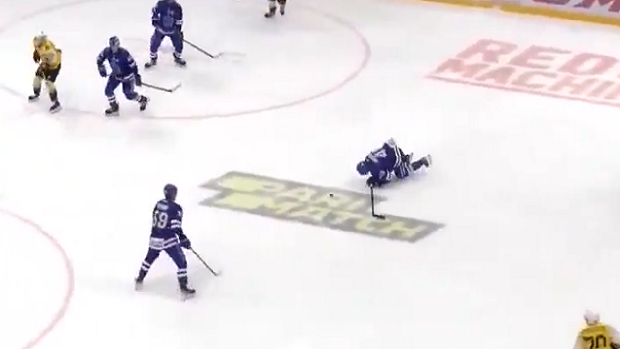 Hockey players have a reputation for putting their body on the line if it’s for the good of their team, but you don’t usually see a player continue to block shots while dealing with the aftermath from the first blocked shot.

During a recent Junior Hockey League game in Russia, SKA-1946 St. Petersburg’s Andrei Proskurnin blocked a shot and was clearly in some pain. However, that didn’t stop him from blocking another two shots in an effort to help clear the zone.

It seemed like no matter who got the puck it was destined to go right off the 19-year-old at the end of it all, but his efforts did not go unnoticed by his teammates or the team’s fans.