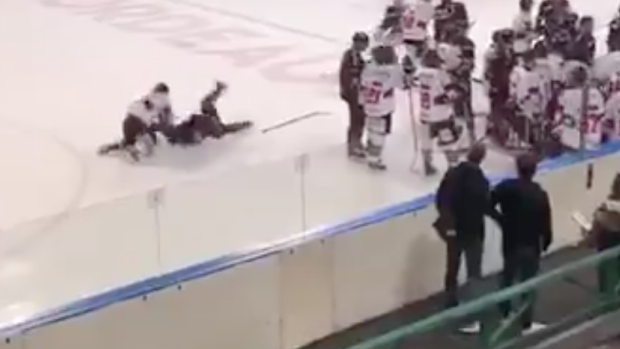 Dirty plays or cheap shots in any sport are absolutely unacceptable, but unfortunately they still occur regardless of what rules are put in place to prevent them from happening.

One of the more recent dirty plays that has gotten a lot of attention happened during a Synerglace Ligue Magnus hockey game (French league).

Holden Anderson was the player who delivered the cheap shot to Julien Desrosiers after his team's 4-3 win in the fourth game of the quarter-finals.

As per Courrier Picard, Desrosiers suffered season-ending injuries because of the MMA-like move from Anderson.

The Bordeaux striker suffered a concussion with loss of consciousness and an acromioclavicular sprain and saw his season end prematurely.

Furthermore, Anderson's team suspended him as they await an official ruling from the league.

Desrosiers is one of the top scorers in the history of Synerglace Ligue Magnus and we wish him a speedy recovery.