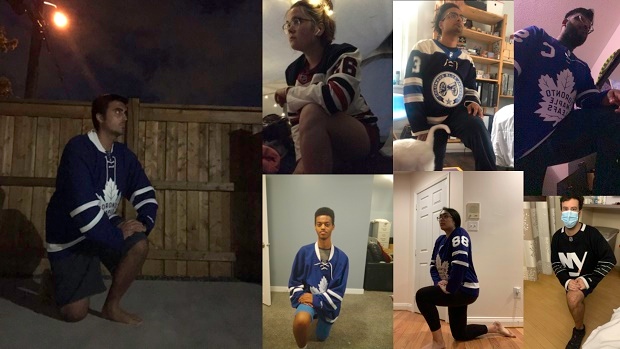 For a long time, people with the privilege of doing so were perfectly happy to be ignorant to racial inequality.

Then, the video of George Floyd being killed by police officers and the subsequent protests against racism all over the world didn’t leave any room to hide behind the ugly truths of racism in society.

Of course, that means hockey couldn’t ignore the problem any longer either, and the sport is taking steps towards making the game a more inclusive, accessible, and inviting one for people of all races. Many players participated in Black Lives Matter protests, while teams and the league alike issued statements both acknowledging and condemning racism in all its forms.

While some progress has been made, the newly-formed Hockey Diversity Alliance, comprised of the NHL’s few racialized players, think the league is missing the mark on actually addressing the issue. Members have said that although teams standing together for the national anthem had the right intention, all social issues cannot and should not be grouped together as one. There is no quick-fix or simple solution for racial inequality, or any social justice issues.

Members of Hockey Diversity Alliance believe NHL’s words this weekend will ring hollow.@evanderkane_9: “No matter what they do or say, it’s all going to fall on deaf ears … because the league has made no effort to support its own Black players.”

Apparently, many fans also feel the NHL missed the mark with how they’re handling the issue in the sport, and have taken it upon themselves to take a knee on Twitter.

The movement was started by Twitter user @TheLeafsIMO, and has quickly gained traction on social media.

The players won’t do it? Fine, I will. pic.twitter.com/sRMfNZuoCT

I’m with you, Michael pic.twitter.com/ft39ZwuUcS

Sad that hockey fans of colour have to stand up for something over Twitter because the league they cheer for is to chicken shit to do it on its own #BlackLivesMatter pic.twitter.com/mwugrconJo

Black Girl Hockey Club has also been vocal in the movement, starting the #Kneel4Hockey which has taken the movement to a new level.

I #Kneel4Hockey because the @NHL won’t. I kneel in my Eichel Jersey because he won’t. pic.twitter.com/1jgQ1VON7s

This gesture has started a movement, and we’ll see how the NHL responds to its fans sentiments.