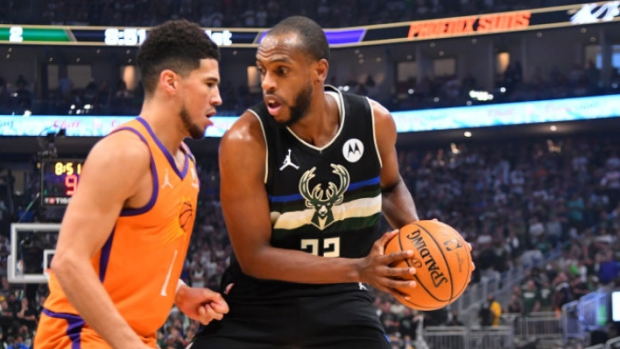 The NBA Playoffs is where emotions run freely, particularly once you get into the NBA Finals. Two teams giving everything they’ve got.

It’s where rivalries are intensified, and friendships are put on hold. While respect usually remains, it’s not uncommon for opposing teams to label each other as the enemy. Just look at Kobe’s mindset, or Michael Jordan’s.

Now the Finals are over, but we’re sure the emotions are still on a high. For the Milwaukee Bucks, it’s elations, redemption, glory. For the Phoenix Suns, it’s heartbreak, devastation, and the unavoidable thought of what could have been.

What better way to develop the narrative than to toss players from opposing teams into the small cabin of a private plane and fly to the other side of the world?

Devin Booker, Jrue Holiday, and Khris Middleton, will go from opponents to teammates in just a matter of days. 😅 pic.twitter.com/9IgHgtCDug

Realistically, nothing noteworthy is likely to happen. The three are becoming Team U.S.A. teammates, and they’ll have a gold medal in their sights to bond around. Afterall, the respect likely remains high even as over emotions are taken on the rollercoaster ride.