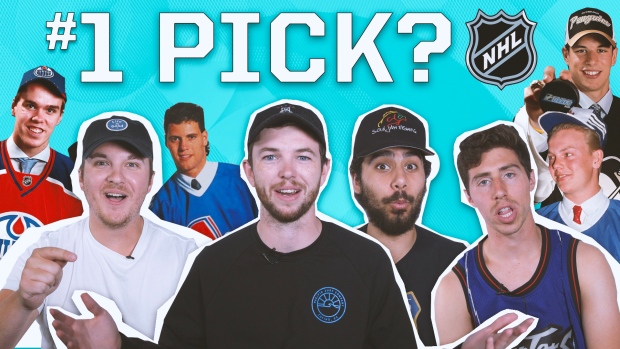 There have been some seriously talented #1 overall draft picks as of late, with the most recent being Swedish defence prodigy Rasmus Dahlin being selected first by Buffalo. In celebration of the draft, we were wondering… How would the BarDown boys do in naming the first overall NHL draft picks in reverse order?

The guys were given three strikes each, and the goal is to get as far back into NHL draft history as possible before the fountain of hockey knowledge runs dry. Pretty simple, but once you start getting to the Alex Daigle types it gets a little tougher.

Returning to the quiz clips is the classic rivalry between Jesse and Luca, although this time around Jesse seemed to be a little more focused on something else…

Corwin, who always has a strong showing, had a little bit of a head start. Could you even call it cheating?

Making his debut to the films is Danny, who probably shouldn’t really be in any kind of hockey-related trivia videos in the first place. Danny is a football guy. Danny is not a hockey guy.

How would you do? Let us know @bardown!