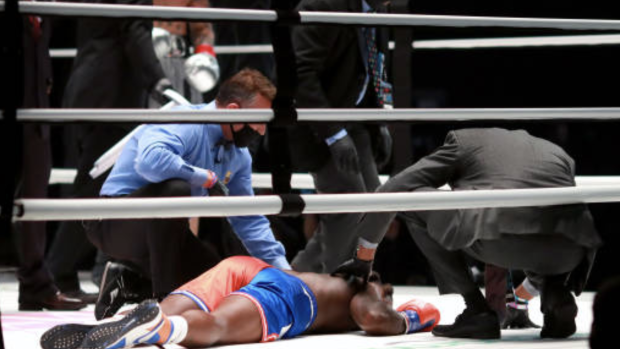 One of the most memorable moments to come out of not only fighting, but even within pop culture in 2020 is Nate Robinson getting knocked out by Jake Paul this past Saturday night. The punch was all over social media and still remains a trending joke across all platforms, especially TikTok.

Since Robinson landed flat out cold on his face, his reaction to getting punched has become a new trend for sports fans and even just straight up anyone who loves keeping up with what’s popular.

Within this trend, people are either dropping or just laying on the ground in a similar fashion to how Robinson looked after Paul’s punch. And we have to admit, they’re pretty funny.

Even TikTok is giving Nate Robinson a hard time 😭 pic.twitter.com/UIcKAaukds

Even this sweet little grandma took part in all the fun!

How did she know about this 🤣 #naterobinsonchallenge

A favourite of ours comes from Tiktok user “clifford” otherwise known as Cliffor Taylor IV, a current tightend at the University of Florida.

People even sent him a request on locations to do the challenge.

Sure this trend may just seem like an elevated plank challenge from 2011, but the whole context behind it makes it pretty funny. We don’t see this trend dying out to at least the new year.