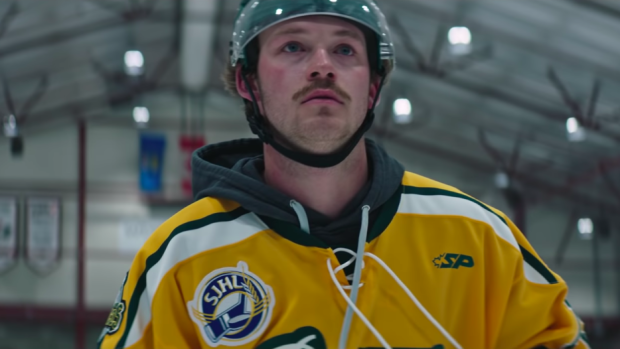 Tyler Smith, one of the survivors of last year’s Humboldt Broncos bus crash, has continued to battle mental health struggles since the tragedy.

He still faces these struggles to this day, but recognizing that others struggle too, Smith is speaking out about his own experience in an effort to let those people know they’re not alone.

“My overall message would be to realize that you’re not okay and if you’re not okay, do something about it. I think a lot of people just suffer in silence, but being able to open up takes a lot of courage,” says Smith.

This definitely does take a lot of courage, and we applaud Smith for opening up and trying to support others even as he goes through his own struggles.

Smith has talked about his physical and mental struggles since the crash in public before, including with Bell Let’s Talk. “End the stigma,” he tweeted.

Tyler Smith, a survivor of the tragic Humboldt Broncos bus crash in 2018, candidly opens up about his physical and mental struggles and how he learned it’s okay to not be okay. Read his full reflection here: https://t.co/lSy9YEXisD cc: @LittleSmitty269 @HumboldtBroncos