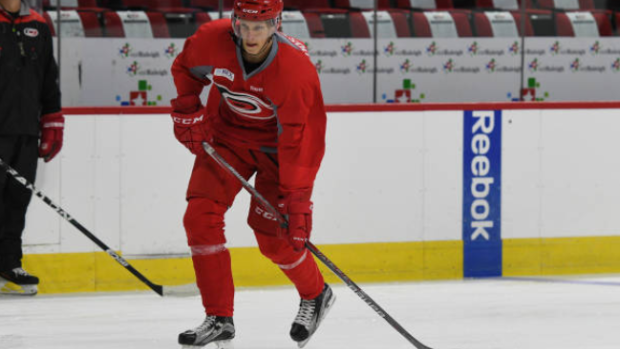 We interrupt this latest edition of the John Tavares watch to bring you highlights of the top prospects showing off their skills at NHL development camps.

Down at the Carolina Hurricanes camp, prospect Eetu Luostarinen showcased his puck skills in a 2v2 mini-game. The 19-year-old had a breakaway in the neutral zone scrimmage and pulled out the Marek Malik between-the-legs move.

A quick turnover and a heads up play by Luostarinen to slide the puck the opposite way of the goaltender. Even though it’s a summertime scrimmage, it’s still impressive to see these moves pulled off.

After all, if you can’t try out moves like these in the summertime in an easy-going environment, then when exactly is the best time to experiment?

Asked Eetu Luostarinen about that behind-the-back, between-the-legs shot and score in the two-on-two drill. "Only in practice so far, never in a game. Not yet," the Finnish forward said. The 2017 second-round pick has had a good prospect camp.

A second-round pick in 2017, the 19-year-old Finn played last year for KalPa Kuopio of SM-liiga where he notched six goals and 20 points in 55 games.