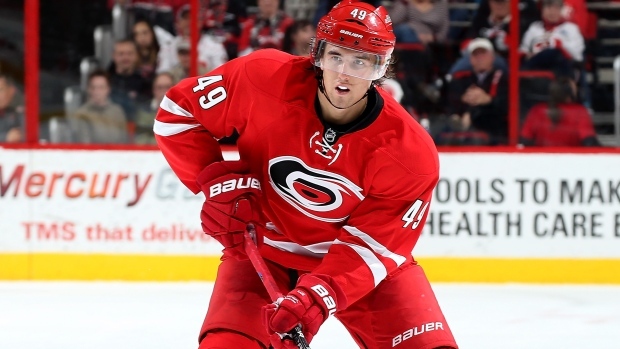 Hurricanes forward Victor Rask underwent successful surgery to repair his right hand’s ring and pinky fingers, and according to GM Rod’ Brind’Amour, it’s “going to be months” before he returns to game action.

The 25-year-old was cutting food in his kitchen where he cut the fingertips off and sliced all the way into his tendons.

Victor Rask came through the locker room ... heavily bandaged on his hand and up his lower arm.

The exact length of Rask’s injury is unknown at this time given the seriousness of sliced tendons. Rask shoots left, meaning it would be extremely difficult for him to grip the top of his stick below the knob.

Expected to take a larger role with the team after the club traded away Elias Lindholm and Jeff Skinner, the native of Leksand, Sweden, had a down year in 2017/18 with just 11 goals and 33 points in 80 games after posting 48 and 45 in the previous two seasons.