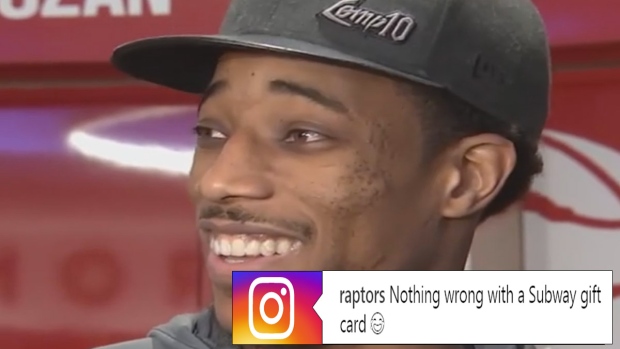 John Wall is a four-time All-Star and arguably one of the best point guards in the entire NBA, but he knows he wouldn’t be where he is today without the help from the people around him.

On Friday, Wall surprised all of his teammates with some early Christmas gifts that ended up leaving a majority of them speechless once they unwrapped the present.

Merry Christmas to my brothers I love y’all , Enjoy !!! Thank you @mrthanos for the Rolex Watches ...... #DCFamily #WizSquad !!!

Not only did Wall hook up all of his teammates with brand new watches, but he made sure to go all out and got them customized Rolexes.

Since the video has made its rounds over the Internet, many NBA players have come across the video over the past 24 hours. One of them happened to be Serge Ibaka, who used it as a reference when he decided to jokingly call out DeMar DeRozan following the Toronto Raptors’ 102-86 victory over the Philadelphia 76ers on Saturday.

Serge #Ibaka told DeMar #DeRozan he's going to play with John Wall because he bought his teammates Rolexes for Christmas 😂😂 . . (Via @Raptors)

After asking DeRozan to buy all of his teammates something nice for Christmas, like a brand new Rolex, DeRozan jokes around with Ibaka and says that the only thing he’ll get him is a Subway gift card. Seconds later, Ibaka came right back with an even better comeback and told DeRozan he’s going to play with John Wall then since he bought all his teammates Rolexes.

DeRozan has been on an absolute tear as of late as he’s scored 191 points over his last six games to go along with 23 rebounds and 23 assists over that span.