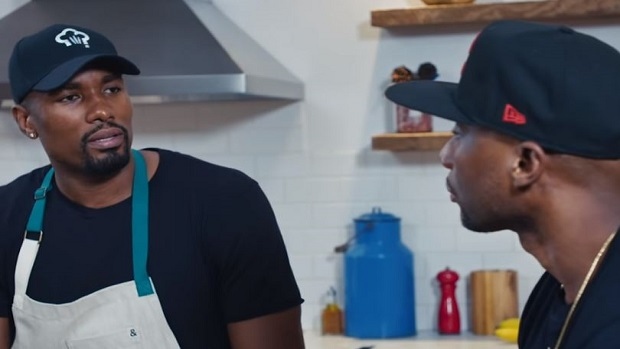 A lot of people thought that the Toronto Raptors were going to take a step back after Kawhi Leonard decided to head home and join the Los Angeles Clippers, but through the first 14 games of the season they find themselves with a 10-4 record and a game and a half back of top spot in the Eastern Conference.

Even though Kawhi has moved on and is happy with his new club, people still can’t help but ask members of the Raptors and Raptors fans what it felt like to have Kawhi Leonard leave town after winning a championship.

Recently, Serge Ibaka had Charlamagne Tha God make an appearance on his web series ‘How Hungry Are You?’ and Charlamagne didn’t waste any time asking Ibaka about Kawhi.

How hungry are you? is back babyyyyy! New episode with guest @cthagod coming this Friday on @bleacherreport #howhungryareyou #mafuzzychef

Ibaka was straight up with Charlamagne and gave him an honest answer, saying he couldn’t be mad at someone who just wanted to go back home, but he also mentioned that he and his teammates already knew from the beginning that Kawhi’s plan was to go back home to Los Angeles once his contract expired.

It also turns out that fans weren’t the only ones thinking a championship would keep Kawhi around for at least one more year, as Ibaka admit that he was also hoping the fact that they just won the Larry O’Brien Championship Trophy that it would change things.