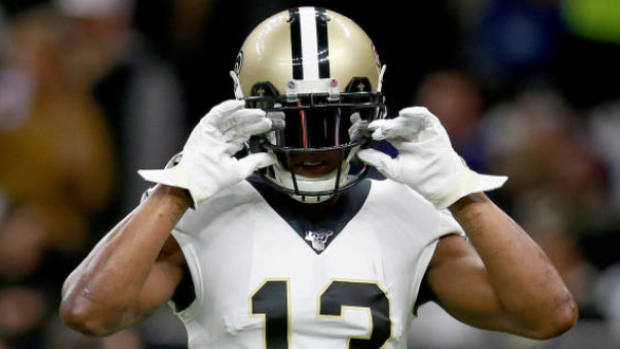 Michael Thomas has been sidelined each of the past two weeks with a high ankle sprain, which is certainly frustrating for a receiver who is supposed to be one of the most reliable catching threats in the league. As the game was coming down to the wire, Thomas got to vent some completely different frustrations after a clutch Marcedes Lewis touchdown catch down the stretch.

With the game tied and the 3rd quarter approaching it’s conclusion, the Packers drove the ball down field and set themselves up in the red zone. Quarterback Aaron Rodgers managed to find Lewis along the sideline, and he somehow turned the gain into a touchdown.

As many have argued since, that “somehow” was due to a push off from the tight end.

.@Packers take the lead on the TD pass to Marcedes Lewis. #GoPackGo

The call definitely caused some opposing opinions. Michael Thomas’ opinion fell right where you thought it would.

Officials watering down the game week in and week out.

Giving your opinion on a particular call is one thing, but to take a full on jab at officials in general for “watering down” games is another. One thing is for sure, the Saints could really use Thomas back out there.