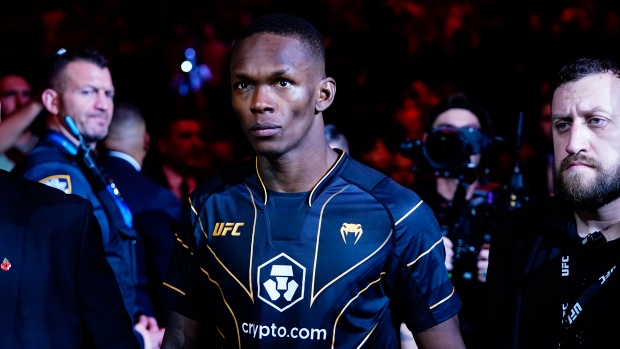 The time of the arrest was 1:57 p.m., per police. According to Adesanya's manager, Tim Simpson, the UFC star was traveling home to New Zealand on Wednesday from UFC 281, which took place Saturday night at New York's Madison Square Garden. A fan gifted Adesanya the knuckles, which the fighter put in his luggage, Simpson said.

"When flagged at the airport, Israel quickly disposed of the item, and cooperated with authorities," Simpson said in a statement. "He has complied accordingly, with that the matter was dismissed and he is on his way home."

Port Authority police said Adesanya was issued a desk appearance ticket for the incident, which will require him to appear in court at a future date to be arraigned for the offense.

Adesanya, 33, competed in the UFC 281 main event, where he lost his UFC middleweight title via fifth-round TKO to Alex Pereira. Coming into the bout, Adesanya was ranked the No. 2 pound-for-pound MMA fighter in the world by ESPN. He is one of the more recognizable fighters on the UFC roster.