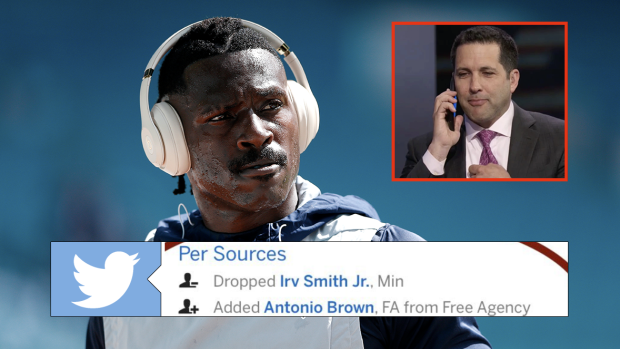 When it comes to news breakers in the sports world, Adam Schefter is arguably the best.  The gridiron is his domain and whenever something breaks, he's the one breaking it 99.9% of the time.

With Antonio Brown’s suspension eligible to end after week 8, the Seattle Seahawks are now positioned to make a push to sign him, though they’re not alone, league sources tell ESPN. Other teams also are interested. pic.twitter.com/ykn1NJ6LUm

Thursday, Schefter dropped some important news for fantasy football players regarding Antonio Brown.  The former all-pro wideout hasn't played a lot of football over the last season and change, but his suspension is up soon and the Seahawks are reportedly one of the teams interested in signing him.

Before Schefter broke the news, though, he apparently used his information to add AB on his very own fantasy team.

Now I know what time @AdamSchefter got the call about AB pic.twitter.com/6r9X4VBU6w

That add was made on Wednesday.  Schefter is out here playing chess while the rest of us are playing checkers.