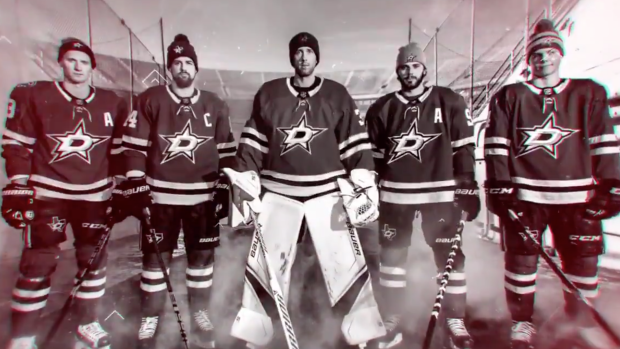 The Dallas Stars and Nashville Predators will be battling outdoors on the first day of the new year in the upcoming Winter Classic at the legendary Cotton Bowl.

One of the things we love most about the yearly outdoor game is all the reveals that come with it, whether that be jerseys, pads, masks, and even logos.  Friday, the Stars unveiled their throwback logo for the game inspired by the Dallas Texans.

Dallas Stars show off their logo for the 2020 #WinterClassic, a throwback to the old Dallas Texans of the 1940s. #Stars #Preds #NHL

Our post and thoughts on what the Nashville Predators could wear here: https://t.co/6alK4xlQGR pic.twitter.com/Avbk4nJAQk

The Texans were a team in the USHL (United States Hockey League) in the 1940s and we figure they're not a very well-known team, so it's cool to see the Stars incorporate their logo and allow hockey fans to learn some of Dallas' hockey history.

I love it tbh

Now that the logo has been revealed, fans are itching for a jersey and so are we!