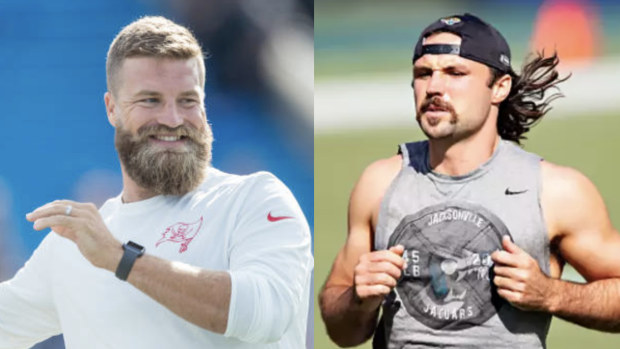 It's Week 3 of the official NFL regular season where the Miami Dolphins are taking on the Jacksonville Jaguars.

But this weeks match-up isn't just about who's athleticism is going to take the win, it's the battle of the facial hair.

Fitzpatrick has been known for his tremendously luscious beard, which he says is better than a mustache. To which Minshew fired back and said he'd let his mustache speak for itself.

May the best facial hair win!

Thursday Night Football is a FACIAL HAIR FACE OFF 😤 pic.twitter.com/8nKE0CeCwI

The Jacksonville Jaguars are 1-1 going into Week 3, the Dolphins have yet to win sitting at 0-2.

Of course, fans are putting their bets in.

Jags over Fins, BUT Beard over Stache

Facial hair matchup of the century?